In 1078, William the Conqueror built the first part of the Tower, the White Tower, as a fortress. Over the centuries, other kings and queens extended the Tower and used it as a palace or prison. Prisoners usually arrived by boat and entered the Tower through Traitor's Gate, which faces the river. 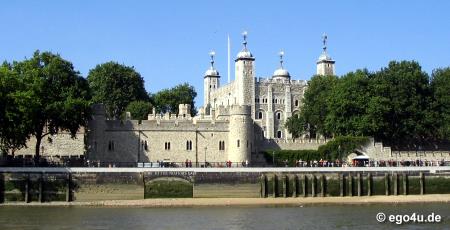 The Tower of London, seen from the river, with a view of the water gate called “Traitors Gate”.

Worth seeing in the Tower are old armours and weapons, the crown jewels and the famous ravens. People say that as long as there are six ravens at the Tower, England is safe from invasion. 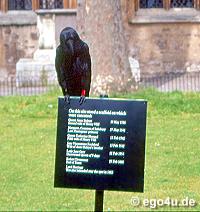 Raven inside of the Tower

Near the Tower, there are the ruins of an old Roman city wall. The Romans invaded England in the year 43. They also founded the city of London, which they called Londinium. 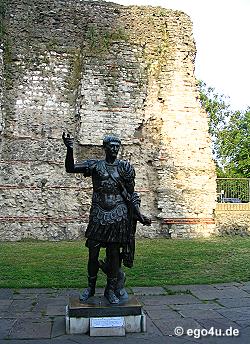