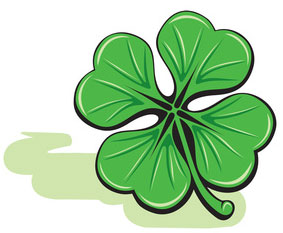 Every 17 March, Irish people all over the world celebrate St. Patrick’s Day in honour of Saint Patrick, the patron saint of Ireland. Let’s find out what was so special about that person.

When St. Patrick was born, his name actually was not Patrick but Maewyn. He grew up in Wales, but when he was 16, people kidnapped him and sold him into slavery in Ireland.

Maewyn spent six years as a slave in Ireland, but then he escaped and went to Gaul in France where he studied in a monastery for 12 years. Finally, Maewyn became a bishop and adopted the Christian name Patricius (in English: Patrick).

Later Patrick decided to go back to Ireland. Unlike many other missionaries before him, Patrick successfully converted Irish pagans to Christianity because he knew a lot about Irish life and their gods. So Patrick for example did not simply introduce the Christian cross – he put a sun behind it because he knew that the sun was an important symbol for the Irish. The so called Celtic Cross therefore is a cross with a circle symbolising the sun.

Furthermore, Patrick explained the holy Trinity (Father, Son, Holy Spirit) with the help of a shamrock, which grows everywhere in Ireland. The shamrock has three equally sized leaves and Patrick used this to show how the Father, the Son and the Holy Spirit could exist as separate elements of the same entity.

There are several legends about St. Patrick, for example that he banned all snakes from Ireland (still now there are no snakes in Ireland). People also say that Patrick met some Irish legends such as the Children of Lir.

Patrick died on 17 March 461. That day now is a national holiday in Ireland and there are parades in the streets and music everywhere. Not only in Ireland – Irish emigrants took this tradition all over the world. So there will most probably be a St. Patrick’s Day party in an Irish pub near you. Why not go there and get a little St. Patrick’s Day feeling? Have a good time and sing along. Here are two traditional Irish songs that will surely be sung in every Irish pub that night: Whiskey in the Jar and The Wild Rover.