Edinburgh is the capital of Scotland. It has a beautiful old city centre and a castle that lies on a hill above the city. In the castle you can see the statues of two Scottish heroes: Robert Bruce and William Wallace (known from the film Braveheart). 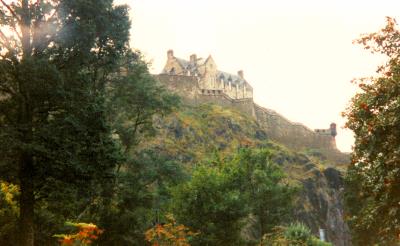