London – The ever changing capital

by Louise Wood (courtesy of VisitBritain.com) 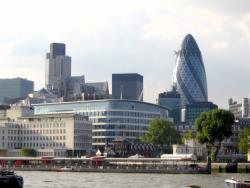 Just when you think you know London, you turn your back it’s suddenly different. Britain’s exciting capital is ever-changing, so if you haven’t been for a while it’s time to go back and discover the new London. If you’ve never been, what is your excuse? The city is big, brash and loud; full of history yet crammed with new ideas; packed with quiet corners, hidden museums, beautiful boutiques and a vibrant nightlife.

Like all great cities, London never stands still. Approaching the magnificent National Gallery, you no longer dodge London’s traffic, for the north side of Trafalgar Square is pedestrianised - and site of an open-air café and regular entertainment. (And there is less traffic in the city altogether, since a £5 charge has been levied to drive in the centre.)

All the big international fashion designers are represented in London, and, of course, the classic tailors that exemplify the inimitable ‘British look’ - Burberry, Pringle, Daks, with the latest in chic checks and cashmere. It is also the place to buy inexpensive catwalk copies (try Topshop and New Look), unique clothing from up-and-coming designers (especially Camden Market and Portobello Road) and unusual presents.

Seeing as everything else changes in London, so, of course, does the food. Out has gone outdated ideas of unimaginative dinners with gravy and custard and in has come an international, inventive cuisine. After all, this is the city boasting the most Michelin stars – with the exception only of Paris. Haute cuisine now comes from India and the Orient as well as from Europe and Britain. 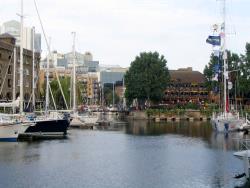 Eating out in London can be very, very good – and sometimes very expensive. But it doesn’t have to be. There’s a whole range of restaurants that emphasise value – and with 12,000 eateries in the city, there’s certainly no lack of competition. Watch for set priced lunches, from £5 in Chinatown to £30 at the stunning Connaught in Mayfair, and competitively priced pre-theatre menus in the West End.

London is home to some of the most spectacular musicals and talked-about dramatic productions in the world. Again prices can be high, but there are always special offers (two-for-ones, or same-day bargains at the official Tkts ticket booth in Leicester Square). And the capital’s club scene is legendary – always a new club night, always the latest celebrity DJs and the hottest sounds … every night of the week, often until dawn.

For those who prefer their nights in a comfortable hotel, in the last few years, several budget hotel chains have moved into the city. There’s plenty of choice from names such as Travel Inn and Holiday Inn Express. Pay a little more and you will get quintessential English country house hotels, or modern minimalist chic. Very attractive weekend rates are available at some of London’s best hotels, to attract leisure business once the corporate clients have gone home. Cool and stylish hotels have been opening at a steady rate, from Zetters and Malmaison in trendy Clerkenwell, to The Cumberland on Oxford Street, its spacious lobby more art gallery than hotel reception.

London has never been easier to reach. Eurostar trains into London Waterloo are faster than ever and there are plenty of bargain fares to be had from the big airlines as well as from the highly lauded budget ones. With six airports and numerous airlines serving the city, there’s plenty of choice.