Washington, DC is the capital of the United States. DC stands for District of Columbia and means that Washington is not part of any (Bundesstaat) federal state, but a (einzigartig) unique (Gebiet) district. The citizens of Washington, DC have no (wählendes Mitglied) voting representation in Congress and are (überhaupt nicht vertreten) not at all represented in the Senate.

The White House is the working place and (Wohnsitz) residence of the United States President. It was built between 1792 and 1800 and has 132 rooms. There is also a swimming pool, movie theater, tennis court and (Bowlingbahn) bowling lane. 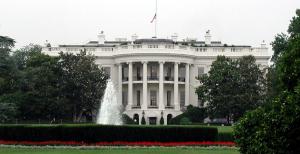 A long mall connects the White House and the Capitol ( (Sitz) home of the Congress). The House of Representatives is in the south (Flügel) wing and the Senate in the north wing. On (Tag der Amtseinführung) Inauguration Day (January 20), the President holds his (Amtseinführungsrede) inaugural address on the steps of the Capitol and then usually (marschieren) parades from the Capitol to the White House. 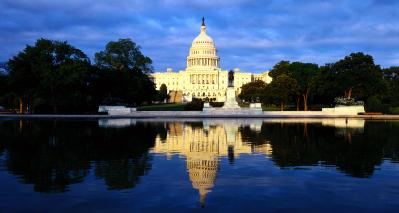 We use the passive voice if we want to emphasise what has happened. Who/What caused the action is not so important (or not known). For more information, check out our grammar section: → Passive Voice