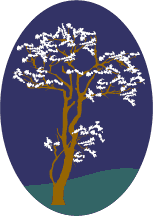 About ten minutes later, the bell rang for dinner, and, as Virginia did not come down, Mrs Otis sent up one of the servants. After a little time he returned and said that he could not find Miss Virginia anywhere. So, the whole family started looking for her.

The hours passed, but they could find no trace of Virginia. So, after dinner, Mr Otis ordered them all to bed, saying that nothing more could be done that night, and that he would contact Scotland Yard in the morning. Just when everybody was about to leave the dining-room, the clock struck midnight, and when the last stroke sounded, a secret door opened in the wall and in that door stood Virginia with a little box in her hand. Everybody ran up to her.

“Good heavens! child, where have you been?” said Mr Otis, rather angrily, as he thought she had been playing a trick on them.

“Papa,” said Virginia quietly, “I have been with the ghost. He is dead, and you must come and see him. He had been very nasty, but he was really sorry for all that he had done, and he gave me this box of beautiful jewels before he died.”

Then she led the others down a narrow secret corridor to a little low room. There the family found the skeleton of Sir Simon, who had been starved to death by his wife's brothers. Virginia knelt down beside the skeleton, and, folding her little hands together, began to pray silently.

Meanwhile, one of the twins was looking out of the window in the little room and suddenly said, “Look! The old almond-tree has blossoms.”

“Then God has forgiven him,” said Virginia and stood up.