Los Angeles, also known as L.A., is the second largest city in the United States (after New York). Most (Einwanderer) immigrants to the United States arrive in Los Angeles and many of them stay here. The city is also famous for its two Olympic Games (1932 and 1984).

Hollywood is a district of Los Angeles and for a long time it was (nichts weiter als) nothing more but the name of a ranch. In the early 1900s, however, movie companies (entschieden sich) decided to move from New York and New Jersey to California where they had more (Platz) space and better weather. Nestor Studios were the first to (sich niederlassen) settle in the area. But more and more followed and now Hollywood is famous all over the world for its movie studios and stars.

On the Walk of Fame (along Hollywood Boulevard and Vine Street) more than 2,000 (Prominente) celebrities are honored with a star. 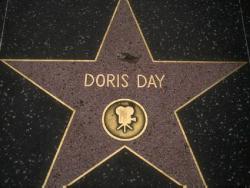 Disneyland is situated in Anaheim, just a little south of the City of Los Angeles. The park opened on July 17, 1955 and was the first Disney Park in the world. It has been visited by more than 500,000,000 people and has several theme parks:

Adjectives are compared with -er/-est or with more/most. But there are also some irregular forms. For further information, check out our grammar section: → Comparison of Adjectives